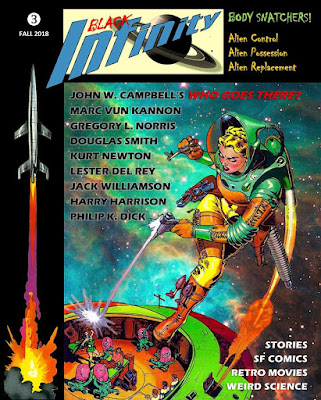 Some of my earliest memories involve Dan Curtis's dreamy soap opera set in coastal Maine, Dark Shadows. Often as a boy, I would wander the deep woods across the road from the enchanted cottage where I grew up, imagining myself as a character in that haunted world. In a recurring dream, if the wind was blowing just right, I could see Collinwood, the sprawling manor house in the soap, through the trees. On many autumn days in my boyhood, riding the school bus along Range Road, I spied the old Searles Castle on the hill. It was Collinwood.

From an early age, the ABC soaps influenced my imagination and my life. Years later, it was shows like Loving, All My Children, One Life to Live, and General Hospital. In 1993, I found myself in New York City on the set of Loving, the guest of a friend who was hired for day player work. I wrote about the soaps for Topia and Soap Opera Update. When I began writing full-time, I'd camp in front of the TV with the daytime lineup playing, working on numerous projects. And when the majority of those classic soaps were cancelled, they haunted my dreams. In one such dream, I found myself on the set of a soap not unlike Loving in which the characters were protecting me from an evil that threatened the entire planet. The soap and my love for it held the key to stopping the evil. On a blustery October night in 2017, one of the gigantic pines that line my road crashed down, taking out the power. We were in the dark for four long, chilly days. During that time, I put pen to paper and belted out the completed first draft of "Hibernation", my novella based upon the dream. And I'm thrilled to report that it appears in the newest issue of Black Infinity, sharing space alongside work by such amazing writers as Lester Del Rey, Jack Williamson, John W. Campbell, and none other than Philip K. Dick.

It was my pleasure to talk soaps with publisher Tom English.

I grew up on soaps, first with Dark Shadows. I learned the importance of storytelling, cliffhangers, and characterization from the medium, which seems to be dead or at the least hooked up to life support. Do you think the daytime serial is still a valid form of storytelling, and why?
Well, your familiarity with soaps certainly does shine through, in the depth and richness of your writing, particularly in your story “Hibernation.” I think, like you, some of today’s best writers learned their story-telling techniques from the daytime-drama format. And those techniques are being greatly used in most prime-time TV dramas. The pacing is faster, of course, but the shows are more character driven. Savvy showrunners are now using continuing story threads, which often stretch across entire seasons, and weekly episodes tend to leave off on some startling new development or revelation—a cliffhanger. The CW’s Arrow and ABC’s Agents of S.H.I.E.L.D. are two good examples. My wife and I love both of these shows. We get wrapped up in them—and we never miss an episode. But prime-time shows weren’t always like this. Go back a few years and you’ll see that most shows did these little self-contained stories each week. You could easily miss several episodes, tune in weeks later, and never feel like you missed anything. But is the soap itself still a valid format? I don’t think they’re as marketable today. There’s only a few still running now. A big contrast to the 1960s and 70s when soaps ruled the afternoon airwaves. Viewers were extremely devoted to these shows—some of which ran for decades. But soaps moved at a much more leisurely pace. Not a bad thing, at the time, because there was more dialogue, more conflict, more suspense and more character development. Because of budget restraints, the stories had to focus less on plot and more on characterization. But this gave viewers time to get to know the characters almost as well as their own family members; to ponder their problems, their struggles, their emotional ups and downs. Plus, these viewers could tune in every weekday to visit with these familiar people. Which is why, for some viewers, the characters and situations in their favorite soaps took on a degree of reality. Not unlike what you depict in “Hibernation.”

Were you a Dark Shadows fan? If so, elaborate.
I was too young to appreciate the show when it first aired. Yeah, it was just too spooky for me. Bob Colbert’s opening theme alone was enough to send me fleeing to my room and the sanctuary of my comic books! I’ve since watched and come to appreciate the show—and its role in the evolution of the horror genre in print and on TV. Artistically, the show succeeds at conjuring an eerie, gothic atmosphere few horror movies manage. And there are some truly memorable scenes and performances. There’s some occasional scenery chewing, of course, but I think John Karlen’s performance as Willie Loomis was always top notch. Loomis was “Renfield” to Barnabas’ “Dracula.” And you can actually see the fear and trembling in Karlen’s characterization. And of course, in the character of Barnabas Collins, Jonathan Frid probably did more to popularize the notion of the sympathetic vampire, the cursed creature trying to fit into society, than anything else previously. Anne Rice was in her mid-twenties when the show aired, and I sometimes wonder if she was watching. If her 1976 novel Interview with the Vampire might owe something to Barnabas Collins. I do know this, though: the success of Dark Shadows paved the way for creator and producer Dan Curtis to do several made-for-TV horror films in the early 70s, including The Night Stalker and The Night Strangler. This in turn led to the weekly series Kolchak the Night Stalker. And that show helped inspire Chris Carter’s The X-Files. So Dark Shadows had a significant ripple effect on the dark waters of fantasy.

There are some amazing reads in BLACK INFINITY 3 -- in fact, it's almost overwhelming the pedigree you've assembled. How did you select the stories in this issue?
I have good connections, I guess. I’m blessed to know some great writers. And I’ve read a lot, which helps in choosing the classic tales included in each issue. I’m picky about choosing stuff. Each story has to meet my narrow-minded criteria—it’s gotta be entertaining! I’m not looking for deep, hidden messages or grand literary allusions or innovative departures from traditional narrative style. I’m just looking for good, honest, old-fashioned storytelling.

What's next for BLACK INFINITY 4?
The theme is Strange Dimensions, with stories and comics centered around dimensional doorways, bizarre realities, warped space, etc. I’m still finalizing the TOC but we can say that your eerie, Twilight Zone-ish story “The Sacred Spring” will be a highlight of the issue. I’m excited about the future of the magazine, and I have some really cool themes and covers planned for issues 5 through 7. I don’t want to say too much about these yet. I just hope the magazine lives long and prospers so we can fulfill these grand designs.
Posted by Gregory L. Norris at 7:36 AM