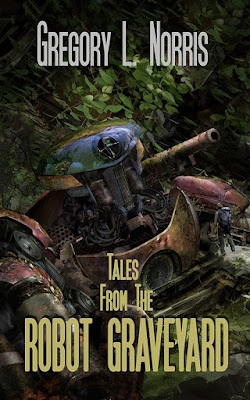 Normally, at the end of each year I like to get my house and office in order to ring in the new -- files filed, everything printed up that needs printing, fresh lists made of the ever-expanding roster of fiction projects I've completed and the shrinking list of those yet to achieve their first drafts. As 2015 waned, I did all these things, only to fall more than three weeks behind on updating this blog with the first of 2016's posts.

Without adieu, I hope to fix that one shortcoming. Know that the weeks between Now and Before have been busy ones, devoted to writing. In fact, the first two weeks of 2016 saw me completing the two of my oldest as-yet unwritten ideas (unwritten no more!), which hail from the long ago. 1984, in fact!

Back to 2015. The year kicked off with promise, despite a winter so brutal and long that I wondered if it would ever end. We suffered frozen pipes, both in our basement and elsewhere in town, ice dam damage to the roof, and what seemed an endless supply of snow and icicles, which transformed the sun porch of our home into a jagged dragon's mouth filled with transparent teeth. In 2015, I lost three relatives, including my beloved and brilliant Grandmother Rachel, who once wrote for Highlights For Children. Grammy Rachel was a great friend, and one of the two best grandmothers in the history of the universe (I'm looking at you, Grammy Lovey!).

In April, a week of sunny spring weather had me and the cats out on the sun porch writing, where I finished a first draft of my novel Kingdoms Be Damned in seven days. The sun porch throughout the summer was like my own private, comfortable, and efficient Command Center -- out there in my al fresco-style office, with its stunning views of the woods and mountains, I penned the longhand draft of a novella, Sweat Punk: A Love Story that kept me walking around in a daze for two months while I worked on numerous other projects. I was so wrapped up in the love story between two characters separated by walls both physical and cerebral that when the last page was put down, I mourned. On my birthday, I started my Space:1999 fan fiction novel, Metamorphosis, and found myself writing back and forth between both projects, and inspired to a height I haven't known before. I completed Metamorphosis in early October and shared the final chapter at one memorable meeting of my beloved Tuesday night writers' group, where I forgot I was German and blubbered nonstop throughout the reading. For the first time in my life -- my fiftieth on Planet Earth -- a new year began without a single Space:1999 story on the unwritten story idea list.

My collection of three novellas, Tales From the Robot Graveyard, was launched at Anthocon, an annual gem of the conference circuit held in Portsmouth, New Hampshire. During that fantastic weekend, it was my honor to see three other anthologies debut containing my stories, including Anthology: Year Three - Distant, Dying Ember, which features my long epic SF tale, "The Sun Struck". On Christmas Eve, I learned that 2015's conference would be the last, and wish to extend my profound thanks to Anthocon's organizers. I attended every one. It was a pleasure, truly.

I kept some pretty spectacular company in 2015. Within the covers of Firbolg Publishing's spectacular anthology, Enter at Your Own Risk: Dreamscapes Into Darkness, my short story "One More" shared space with reprints by none other than the D.H. Lawrence, Mary Shelley, and Sir Arthur Conan Doyle. Earlier in the spring, editor Dave Goudsward sought me out with a personal invitation to write a story for his charity anthology to benefit the John Greenleaf Whittier farm and museum -- my gothic ghost tale "The Coldest Room in the House" was selected to be the anchor story in Snowbound With Zombies and is nuzzled up against a reprint by Mister Whittier himself. And in May, H. David Blalock solicited an original short story from me -- "Breakwater" -- to appear alongside a reprint of "Beyond the Wall of Sleep" by the master himself, H.P. Lovecraft, in his anthology devoted to the lesser written of human villains in Lovecraftiana, The Idolaters of Cthulhu.

I traveled to an event at the Whittier Farm to read and autograph Snowbound, and spent three luxurious days at The Coppertoppe Inn for a Halloween writing retreat with my writers' group. Joining us at the retreat were my good friends Laura Bear from New York State, and Tina McCollum, my best friend from my teen years -- Tina and I used to hang out and write together weekdays following our release from the humorless prison of Salem High School, and did so again for a full week between my home and the top-shelf accommodations at Coppertoppe.

As the year's final days ran out, I tallied up my totals from 2015, as I always do: two completed novels, four novellas, a feature film screenplay, and fifty-six short stories adding up to nearly 380,000 fresh words over the course of my fiftieth year. I published one book, saw my fiction appear or get accepted in numerous anthologies, and, above all, lived my life here in the mountains of my home state being happy while harming none.

2016 will hopefully continue the trend, and seems to be headed in the right -- and write -- direction as of this early juncture. In addition to those two ancient stories finally having their THE ENDs (I was both shocked and pleased to witness their characters coming alive from the dead and really running with the fresh pulses of ink, across pages that flew off notepads!), I have booked three writing retreats, a return visit to my beloved Wednesday night writers' group in the southern part of the state, and a trip into Boston, where I'll be reading from my short mystery, "Exhuming Secrets on a Hot August Day", which is set to appear in the anthology Murder Ink. And, after thirteen years together, my wonderful partner and I are going to tie the knot officially, which will make 2016 one for the history books.  Carpe diem!