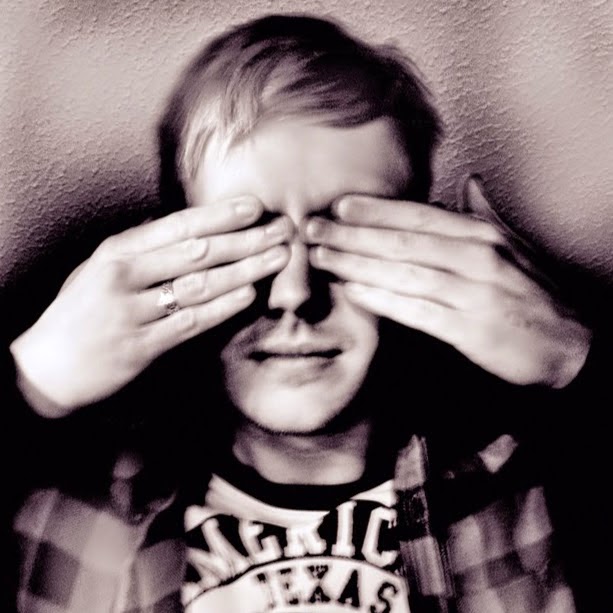 Not long ago, I received a message inviting me to contribute a short story to another author's shared world universe, the sinister Slave States, as dreamed up by the brilliantly twisted mind of Chris Kelso. Kelso hails from the U.K. and is amassing quite the following both on home soil and elsewhere across the globe. After the gracious invite, I read up on all matters Moosejaw, Spittle, and Shell County -- his outstanding The Black Dog Eats the City sucked me into the Slave States franchise from the first page and refused to let me go until the last -- and quickly understood the reason why Kelso's become an author whose star is on the rise.  His psyche is as fertile as Lovecraft's and Philip K. Dick's, with a dash of Beat Generation tossed in for good measure. In short time, I finished my 3,300-word short story set in his other-dimensional realm where humans are forced to work hard time in alien-controlled mines, "The Coin-Operated Man" (a nickname of sorts for a hired gun), and found my time in Kelso's playground delightful.

Author, editor, and sometime illustrator, the twenty-six-year-old works days as a library assistant. His style of writing defies easy labeling, despite attempts to often categorize it as Bizarre Fiction.  It is, I've often said during our short acquaintance, more "Kelsoian" than anything else, because Kelso is a true original.


When did you know you wanted to be a writer -- was there a Eureka! moment where inspiration filled you up, and there would never be anything else so clear or passionate?
I can remember when I was in sixth year at secondary school we had to write one creative piece to go along with our final portfolio. At this point in my life I’d seen myself as something of an artist (and a tortured one at that). Drawing and painting were what I felt passionate about, art was my sanctuary away from all the sums and maps, the name-calling students and the brow beating teachers.  If I was ever going to enter into an adult occupation, in my mind, it would surely be art related. Or so I thought. But, as it happens, after I sat down and wrote the story for my folio I realized I actually enjoyed this process much more than sitting down with pens and pencils, it seemed much more cerebral and spiritually nourishing. The teacher gave us free reign too, so I included loads of swear words and gratuitous depictions of violence (I remember being completely ecstatic that I was being encouraged to write what I wanted, to say what I wanted to say without censorship! It was tremendously liberating). I was just flexing my muscles and enjoying the freedom to roam, the story wasn’t publishable but it served as a sort of acid test. In the end I got a good grade and my teacher offered some heartening feedback, I haven’t looked back since. Becoming a writer has been my dream, nay -- it’s been my fantasy for over almost a decade now. I can’t believe that I’m allowed to write daft stories and have publishers put them out.  It’s surreal actually, but I’m grateful. 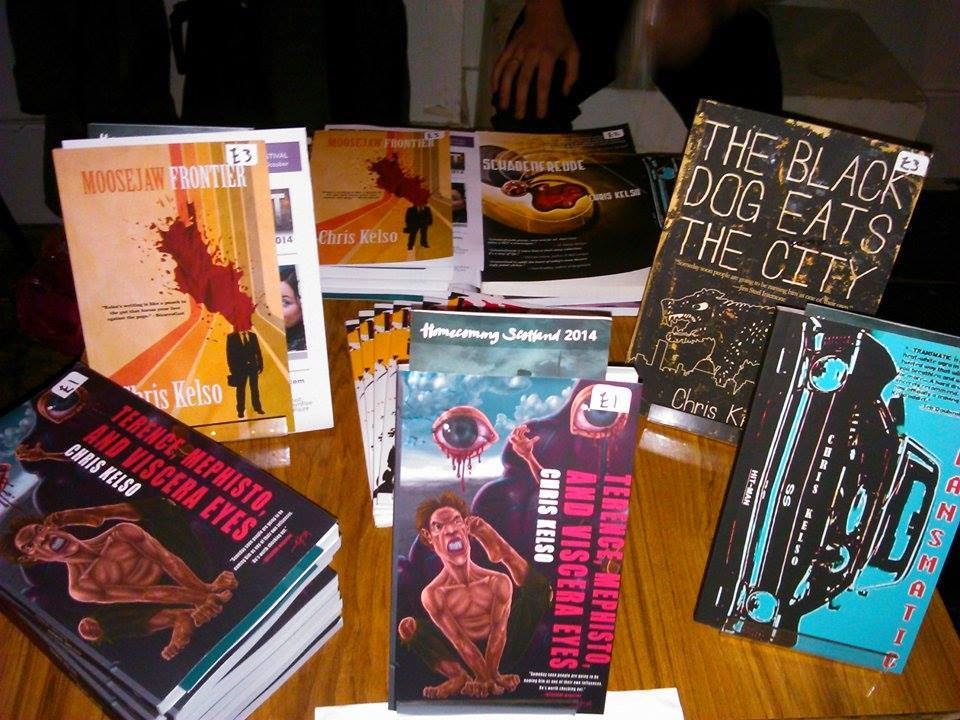 I know we’re not supposed to be interested in or even ask where a writer’s ideas originate (which I think is silly -- I LOVE knowing the back-story).  Your imagination is so wonderfully rich and unapologetic, so I hope you won’t mind sharing with us some insight into the Slave Cities and other places you’ve taken readers.
Not at all. My idea for the Slave State came from working as a shelf-stacker in a bargain shop in Kilmarnock after I dropped out of university. I’d been dumped shortly before dropping out and was desperately unhappy doing such unfulfilling and thankless work. So I made a universe born of all that frustration and misery (or my white, middleclass spoiled teenager problem at least). In the Slave zone, human beings are sentenced to work in mining enclaves digging up, what are essentially, surplus minerals for an omnipresent alien autocracy. It was really just another creative outlet for me. If I hadn’t created the Slave State I would have probably been crushed by my own loathing and self-pity. It’s been rather cathartic in a way. I think, now, I’m quite a positive person who is happy in his life. It’s funny, I often write about really depressing things and plumb the depths of human oppression/servility, but focusing all that negative energy out on the books keeps me kind and giving in real life. The different states themselves are modelled on various existing blueprints. Wire City is central Glasgow with its bustling harshness and alienating grandeur. Shell County is based on the naked ergs and dunes of the Deep South in America, etc.

What’s your process -- do you compose longhand, on the computer, at work among the stacks, etc.  Is there coffee or tea present?  Music?  Do you channel the Beat Writers or Splatter punks?  Please offer a view into the Chris Kelso creative experience.
That’s a good question. I’d love to say I have some whacky method of ‘getting in the zone’, but I’m really rather boring in my approach to writing. I write every day, at my desk, on my computer. I write 2000 words every day.  Often I work from notes (these are typically just wee scribbles with metaphors or descriptions I like on post-its). I tend not to work with a framework or from detailed plans, I just write, in total silence, with a cup of Tetley’s -- usually with barely a kernel of an idea in my head. I suppose I have taken something from the Beat writers in that respect. I don’t believe in editing or censoring my unadulterated thoughts, they’re frequently the most interesting ones I have!

Please tell us about forthcoming new releases.
Well, there’s a lot to cover here. First up is ‘The Dissolving Zinc Theatre’ coming out through Villipede. It’s my post-modern epic (in size, not necessarily in splendor). Then I have the Slave State anthology coming out through Omnium Gatherum Press, and its quickly turning into my most exciting and rewarding endeavor to date. After that there’s my third Bizarro Pulp Press book ‘Rattled by the Rush’ still to come next Fall. In between those I have a chapbook called ‘The Folger Variation’ and the third issue of the anti-New Yorker journal The Imperial Youth Review. Busy, busy, busy!

Your readers would be surprised to know that you…
…are a soft-spoken vegetarian, feminist who believes in the goodness of people.

I loved -- let me stress this again, LOVED -- THE BLACK DOG EATS THE CITY.  Living where I do (in the mountains of Northern New Hampshire) really adds unique layers to the stories I write and how I tell them.  How does living in Glasgow, the U.K.’s third-largest city, do the same to you?
I’m so incredibly glad you enjoyed The Black Dog, thank you. Glasgow is a funny sort of city, it has a menace to it, like all the layers of its big bad history weigh down on its shoulders somehow. It’s basically still a city divided by racial and religious tension. You get the feeling the city WANTS to hurt you too. It can be quite inhospitable, even to its own denizen. I’m actually from Kilmarnock, which is a small town just outside of Glasgow, but it certainly added a layer of familiarity to the sense of oppression prevalent in my fiction. You see, Kilmarnock is a town drained of its spirit. It is full of antiquated drudges, philistines and commuting Glaswegians -- don’t get me wrong, I still love the place! It’s just that the local industry has all but dried up and the town, as well as its people, is deteriorating before our very eyes. People who grow up here also tend to stay here for some reason. It has that sticking power about it, it traps people -- I mean, of course, we’re all autonomous beings in charge of our own destinies, but there is something…unwholesome here as well…I defy any writer to walk down Kilmarnock high-street and NOT go home inspired by its sheer poverty.

What are your plans for 2015?
Apart from all the books, I’ll be doing my usual -- keeping the Black Dog at bay, writing, reading, stacking books, and enjoying the company of all my friends and loved ones. Maybe in between I’ll save up and head for Xanadu…
Posted by Gregory L. Norris at 11:02 AM