"Princess and the Bee" published in LOVECRAFT eZINE 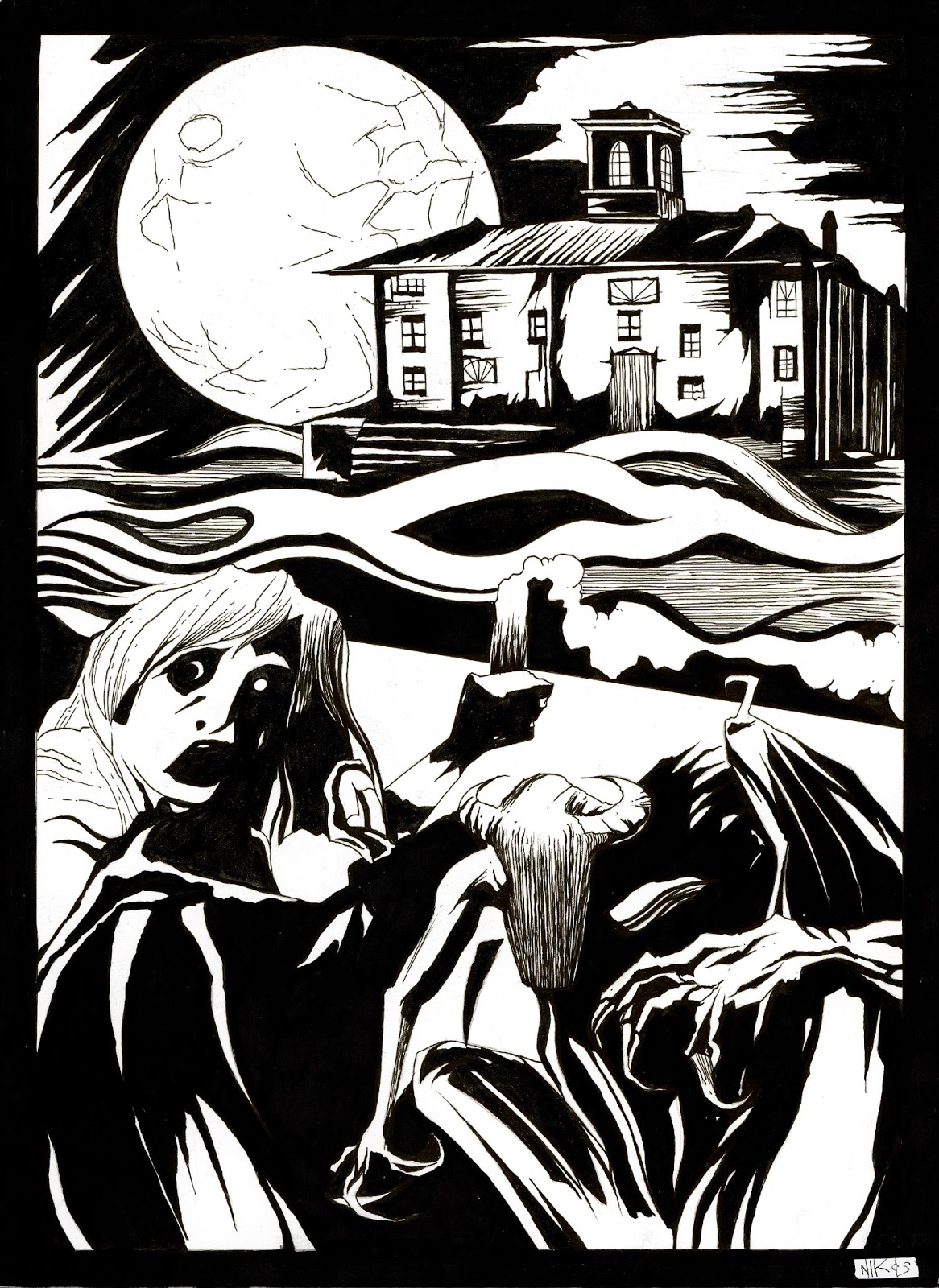 On a brisk October day in 2012, I found myself racing around our then-apartment.  My bags were packed and I was due to head north to Vermont, to a weekend stay I'd won at When Words Count Writers' Retreat.  The retreat wasn't the reason for the madness -- an editor had requested a short story from me mashing up Lovecraftian lore and classic fairy tales.  Earlier in the summer, I'd dreamed up such an odd hybrid, mixing "The Princess and the Pea" into the dark, terrifying abyss that Howard Philip Lovecraft so often gazed into (and, it can be believed, found himself being gazed back from).  The story sat mostly composed in longhand draft on my desk and was also put up to a point on my laptop.  Said editor needed the story that day, retreat or not.

We jumped in the car and drove steadily north, stopping in the town of Lebanon, New Hampshire for lunch and to restock engine coolant.  By then, my longhand draft was completed in the car.  After a harrowing circle around a steep Vermont mountain (not the first time online directions have attempted to kill us in our car), I landed at the retreat center, edited the rest of my draft on my laptop up in my room, and hit 'send.'  After two rewrites, the editor ultimately rejected the story.  It sat in my inventory while I bought a house, moved, and worked on numerous other deadlines, and then went out again to the fine folks at Lovecraft eZine, who sent along a fantastic acceptance.  "Princess and the Bee" has just been published in Issue #32, and can be read here.  My short story about a young girl forced to battle bullies and worse within the unsympathetic walls of Arkham Orphanage as the world spirals toward its end shares space with several other notable authors (including the inimitable W. H. Pugmire), and has since garnered impressive reader feedback. 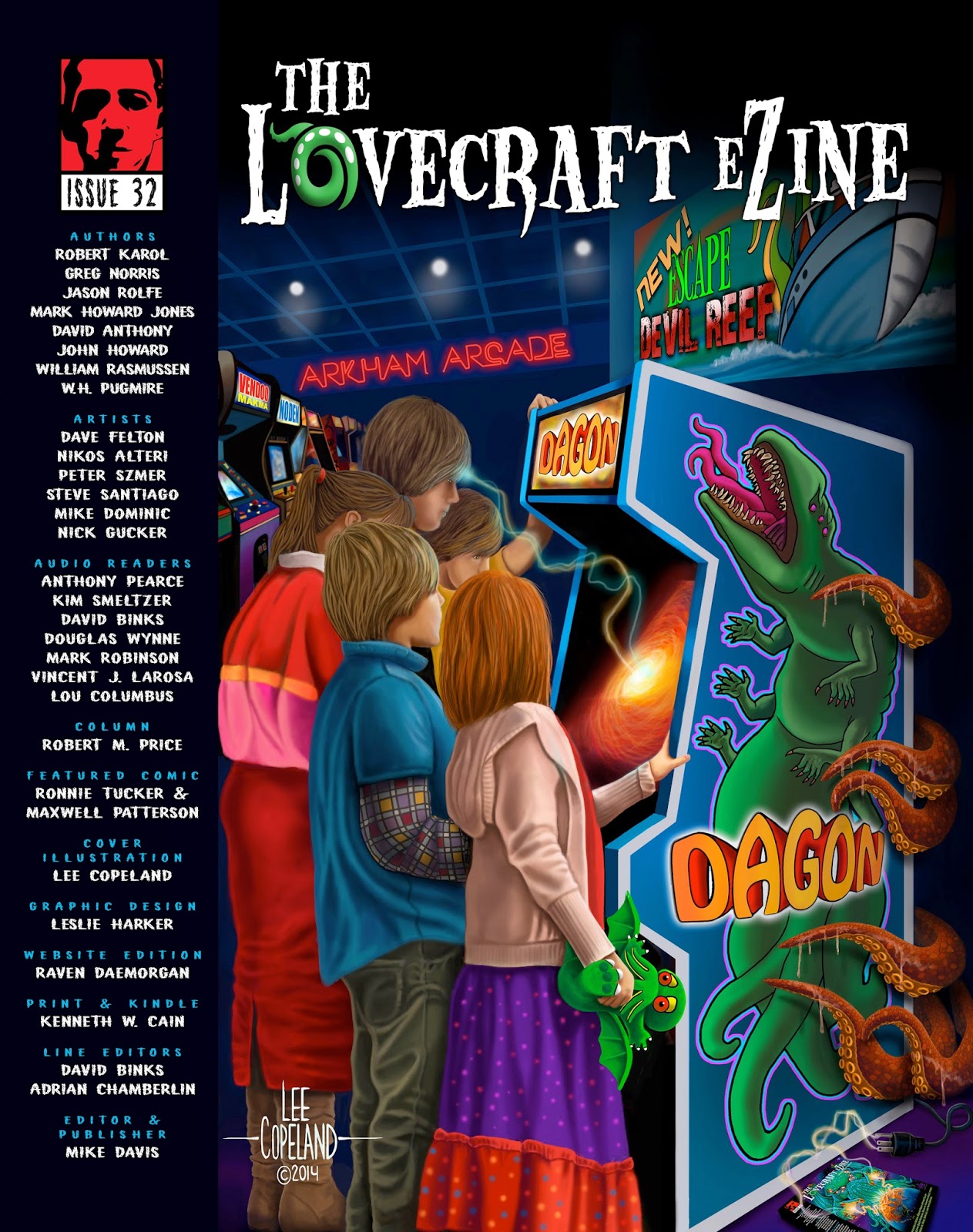 I look fondly back on that frenetic October Sunday, and an adventure built around the completion and editing of a story that was a good deal of fun to write.  And I'm beyond thrilled to have seen the story published in such a fantastic -- and humbling -- venue.  It's a credit I'm proud to claim as my own, with a weird little story about a heroic girl that has boosted my readership.

The story's appearance has also sent me back to those wonderful old dog-eared paperbacks to enjoy Lovecraft's work, at the perfect time of the year.  And I've already penned a new submission, which I'll be sending to the editing team at Lovecraft eZine to consider.
Posted by Gregory L. Norris at 9:06 AM