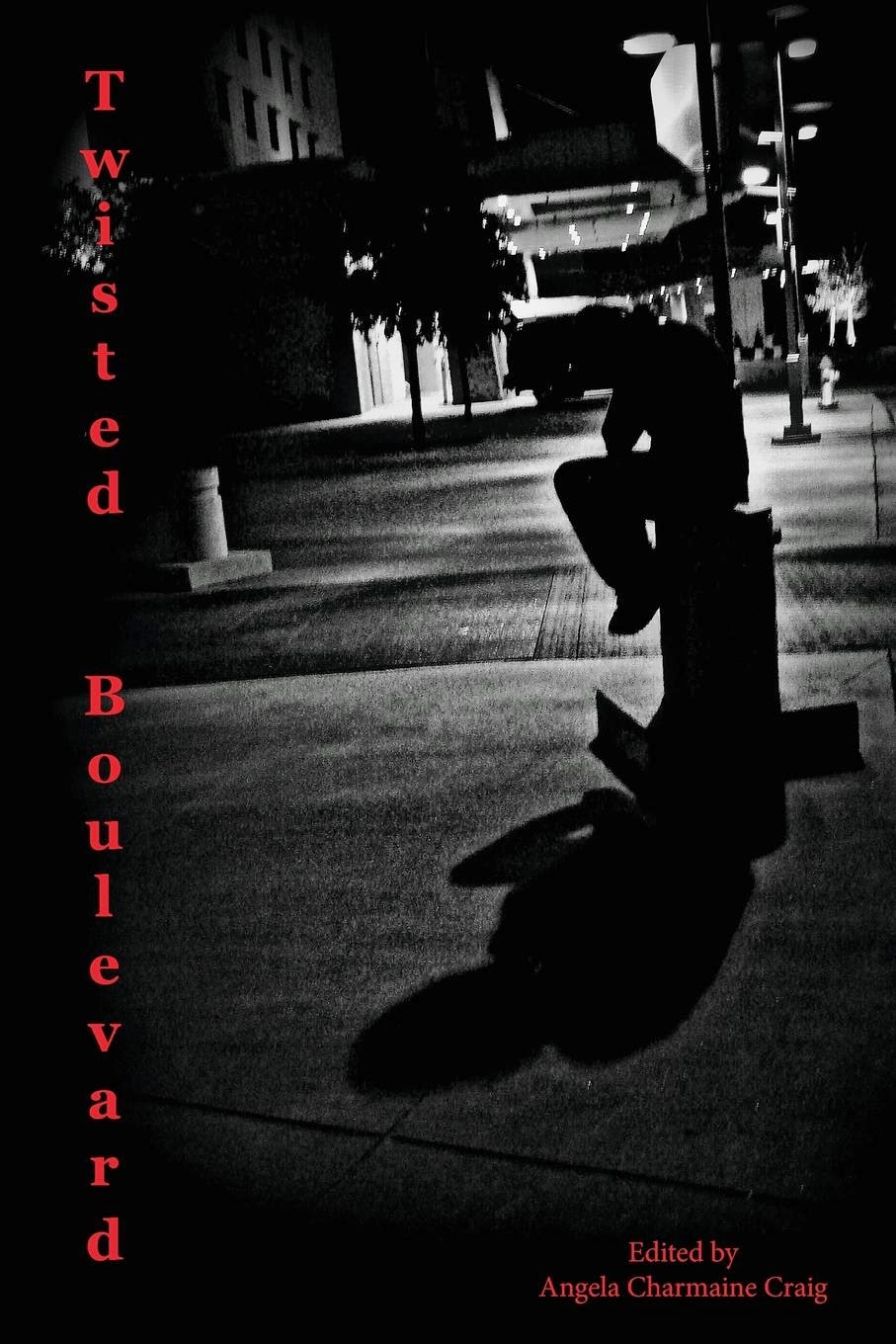 I grew up in the country, in a tiny cottage surrounded by cool green woods, one thin dirt road up from the shore of Cobbett's Pond in Southern New Hampshire.  The paternal side of my family hailed from the city of Lawrence, Massachusetts roughly twenty miles south.  Some of my favorite memories involve summer day visits to the city to see my grandmother, the late, great Lovey Norris (a talented writer and surely one of the finest human beings ever to grace the Earth) -- the smells of backyards and back alleys, hot pavement, even the light, spilling down without a tree line to hold back the heat.  When the dog days hit, however, I also remember how blessed I felt returning to those tall pines, that cool lake, the shade.  I loved our country home, but I'm always nostalgic when I think upon the city and the roll it occupied in my boyhood.

When the luminous Angela Craig, my editor and publisher at Elektrik Milkbath Press, announced a call for an urban-spec anthology of short fiction, I was intrigued and also inspired.  I wanted in.  So much so, I submitted three tales to the call. The story accepted into Twisted Boulevard: Tales of Urban Fantasy, my sinister "Malediction on a Gray Summer Morning", came to me on a hot August day in 2012, a Monday directly following an all-day literary party held at a friend's house.  I'd wandered into my then-kitchen in the apartment we rented before buying our own home a few months later, pulled out the coffee pot, filled it with water, and then set the empty carafe on the stretch of formica counter top while I spooned coffee into the fresh filter. Still super-inspired from the previous day's gathering, I suppose, my mind fixated on the carafe -- whether I'd set it too close to the edge of the counter.  If it fell and shattered, I'd be out of luck.  And likely quite cranky after being denied my morning brew.  That scenario set the stage for the opening of a story: coffee pot well away from the drop to death, only it slides over the edge of the counter anyway and spills to the floor.  Clearly, the gravity must be off!  A normal start to a normal morning, only the world we've woken to is askew, and once you walk outside your front door, just how wonky things have become quickly sets in.  That was the start to the story, a first draft of which dashed itself off that day and the next.  It is an honor to be included among the twenty-seven stories that inhabit the Boulevard.

Eric Del Carlo on "Slay the Fey":  "My tale depicts an economically depressed near future where fairies are illegally crossing over from their misty realms to take up residence in our world. A tweenage boy protagonist ends up harboring one of these fugitives. I simply blueprinted the hysteria surrounding the incursion of undocumented humans into this country. There is some very queasy overlap between the gun-happy Fairy Watch in my story and the real life murders of unarmed youths by self-appointed community guardians."

Nevada Lewis on "The Rule":  "The first bits of inspiration for this story came from a textbook required for a sociology class I took my first year of college. I was skimming through it and came across a sentence that read something like, ‘to get an idea of how many people have lived on Earth, you would add fourteen for every person alive today.’ For the rest of the day, I couldn’t get the image of a string of ghosts trailing behind everyone I saw out of my head. I just really liked the idea of everyone carrying around little pieces of the past in the form of people with them, so I filed it away with all of my other hastily-scribbled and half-formed ideas. I knew there was a story lurking in there somewhere.  A year later, I wrote it."
Posted by Gregory L. Norris at 12:33 PM