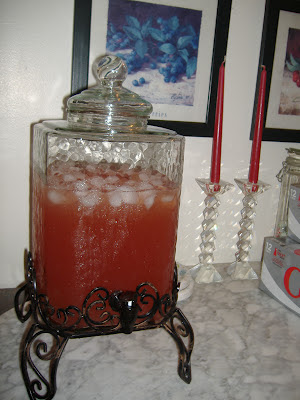 Honey-teriyake steak tips sizzled, a delicious sesame seed bread went into the oven, deviled eggs got arranged on my kitschy chicken platter, cherry-seltzer punch was in the big drinks dispenser, and the house sparkled in anticipation of welcoming good writer friends and comrades for our annual September Sunday party, a tradition that dates back to 2005. Since then, we've always hosted an open house during my favorite month of the year. We started way-back-when by dovetailing the parties to the season premiere of Desperate Housewives, an event we always anticipated.  Following the cancellation of our former appointment viewing show, this year's potluck was different for other reasons as well -- and one of the most enjoyable parties we've ever thrown.

I've been a member of three writer's groups. Tenure in the first lasted for sixteen years, the second for two and a half.  I joined my current group a year and a half ago, and have found a level of comfort and enthusiasm that has directly benefited my writing output. Long ago in that first writer's group, the autumn of 1995, I created the concept of monthly potluck get-togethers where colleagues broke bread, read stories, poems, and novel chapters on a theme and, above all, had a day of fun celebrating the writing we all love so passionately.  This month's theme was: "Surprise!" -- and the dozen fantastic scribes who attended took the prompt and produced stellar work. 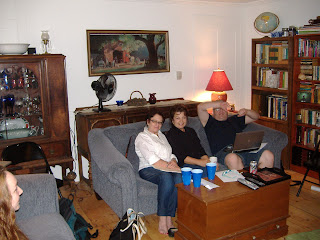 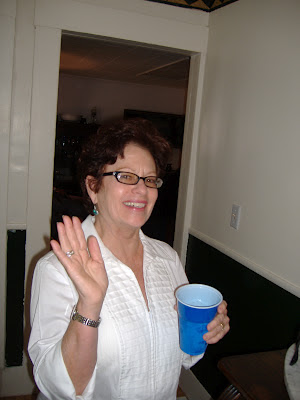 The gorgeous and fabulous novelist, short story writer, playwright, and screenwriter Roxanne Dent treated us to a fantastic new story that exceeded the theme's expectations.  She and Karen then performed Karen's short play, which was shockingly brilliant.  Karen, I must note yet again, was quite the visible actress before turning her talents to writing.  She routinely worked on my favorite late, lamented soap, One Life to Live as a day player, as well as numerous New York-based dramas and some major feature films.

Every story read was engaging and helped to create an atmosphere of inspiration and energy that only grew more addictive as the afternoon progressed.  While we dined and read, episodes of Space:1999 on DVD played with the volume muted on our flat-screen, adding to the creative vibe.

When my turn came, I read the opening and the second chapter of a new project that came to me on the final day on Star Island during my recent island writing retreat adventure, a novel called Oh Happy Day.  And I was quite happy with the results, even though I was less than twelve hours away from a miserable autumn cold identical to ones that kept two of our friends from attending. 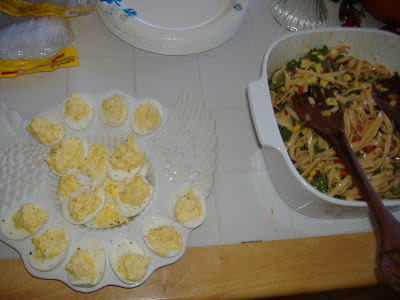 As has often been the case, that wonderful uplifting energy surged all day and into the early night, but the party ended too soon and our guests disbanded.  I cleaned up with an ease like no party ever before, and the house continued to sparkle.  The temptation to snuggle up in my Writing Room possessed me, but then the first sign of the cold lurking in my system manifested, and so I crawled into bed, catching myself smiling from time to time.  It was a fantastic writer's group party, the latest in a long line.  Maybe my favorite party of the past eight Septembers. Next up, our second annual Christmas soiree, and I can't wait to hear the writing that will result from the theme, which was handed out during the September party: each guest received an envelope with a different prompt inside.  I got the one that reads: "Something found in an old book."
Posted by Gregory L. Norris at 10:53 AM