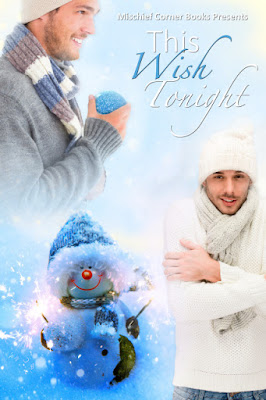 This past Christmas was, perhaps, the best of my life. I spent almost the entire month of December hospitalized, struggling to recover from surgery. On December 22, the morning after the shortest day of the year, I pulled up to our home, lovely Xanadu, after twenty-four days away, and stepping into the house was like opening the biggest, most wonderful gift ever. Slowly and unsteadily, I moved from room to room, balanced on a walker (less than two weeks later, I abandoned that extra set of legs completely). During my hospital stay, I thought nonstop of spouse, cats, and Muse (who, I imagined, spent every second with me during my time away from home). Christmas was only three days later. We celebrated it with an amazing dinner, the first movie I'd seen in a month (we watch movies every Saturday night when I'm not traveling), savored the new propane 'wood stove' and its luxurious heat (it had been installed mere days before my hospitalization), and the gift of our small family's reuniting beneath the protective roof of our home. On Christmas morning, I wrote a story -- a long tradition I've maintained since I was fifteen. Yes, the best Christmas ever!

Waiting for me upon my return and adding to the joyousness were my beautiful contributor copies of This Wish Tonight, a holiday-themed anthology by the fine folks at Mischief Corner Books. Wish contains my novelette-length story of M/M love set during one troubled Christmas, in which a glass artist and a fireman meet, fall deeply in love, and ultimately solve a series of hate crimes in their fair New England town. The story came to me back in the summer of 2000, when I saw a neat magazine piece about a glass artist on TV's New Hampshire Chronicle (which would, years later in 2013, run a segment on my writing career.). At the end of last July, during a NaNoWriMo spell in which my pen was on fire, I dashed off the first draft of "Fear of Fire", a story I'd wanted to write for so long. It was accepted and appears with two other holiday-themed tales within the covers of an exceptional book. My fabulously talented co-authors shared the back-stories behind their stories in This Wish Tonight.

Wendy Rathbone on "Eve of the Great Frost": "My stories and novels often start with one image in my mind and go from there. Many of my stories come from phrases in my own poems. For this tale I was inspired by a December poem I wrote with images of a gothic castle made of ice, black carriages delivering party-goers and cloaked kings, and snow all around like rippled white satin. This was a seat-of-my-pants tale, meaning I had no outline, just an idea of a young man who has trained hard to become the perfect erotic holiday gift fit for a king. Because I love science fiction settings, I created a slice of alien culture with a ritual of giving people as holiday gifts to royalty. I set the story in the far distant future where the galaxy is human-colonized, and where starships and faster than light travel are taken for granted. Toss in the gothic images from my poem, mix them up with future technology, a grand party, and a male/male romance and everything started to come together. Many of my novels and poems are set in this future of mine which I call my Starshiptopia universe. It is not all that important to know that, though, when reading this story. It simply stands alone as a tale of a man who has high hopes and a single wish to become the king’s chosen on a perfect night of winter beauty and celebration…and then everything goes wrong. In spite of all that, he perseveres and ends up with a night to remember. A wish fulfilled."

J. Scott Coatsworth on "Wonderland": "I'd wanted to do a holiday story for this anthology since I saw the original call. But I didn't have time. Then the deadline was delayed a couple weeks, and suddenly I had a little space in my writing schedule. I tried (I really did) to make this a standard contemporary story, but it turns out I am just constitutionally incapable of writing a regular romance. So my story morphed into a post zombie apocalypse, midlife crisis, OCD romance. The OCD part necessitated a bit of research, so I ran the story by a few friends with OCD experience -- one therapist and two folks who have dealt with it in their own lives. I did learn an awful lot about it, too, including the fact that OCD can be brought on by a strep infection that goes to the patient's brain, a fact I used in the story. It has a cool name -- PANDAS (Pediatric Autoimmune Neuropsychiatric Disorder Associated with Streptococcus). And of course, i set it in rural Montana, a place I've never been to. So I got to look for a little town that would suit my needs, and to research it down to the last gas station, drug store and (now empty) grocery store. I really enjoyed writing a character with OCD -- it was a stretch for me as a writer. And I also enjoyed writing a love story for characters in their forties. Love shouldn't be limited to twinks."