And Now For Something Completely Similar!

It's 2014, the New Year! And like many of my contemporaries, I've been inspired to reflect upon the past twelve months.  2013 had some serious highs, and its share of lows -- a hospital stay to remove a cranial cyst that has left a deep divot in my scalp, the loss of our beloved hero cat Chicken in July at the age of sixteen, a vitamin deficiency that resulted in a month-long zombie state among the lowest of the latter.

I never liked my name growing up, as 'Greg' rhymes with 'egg' and I was routinely referred to as 'Gregory Eggory' or 'Eggy Greggy' among the brats of my grade school years.  But at fifteen, when I discovered the vast universe of possibility and adventure that comes with claiming so powerful a sobriquet as 'Writer', I realized that 'Gregory L. Norris' would one day look fantastic as a byline, and since that Eureka! moment, I've pretty much lived my life by accentuating the positive.  So this post is all about the high highs of 2013, of which there were many.

In January, following decades of anticipation, I completed my 1,000th Work of Fiction.  Like other potent numbers -- 1, 50, 100, 500, 700, and 800 -- the novella "Alibe's Story" was a fan fiction based upon the late, great Gerry Anderson's outer space parable, Space:1999.  To celebrate, we filled our house with friends from my wonderful Southern New Hampshire writers' group and even a few beloved faces from high school, when my mom hosted a party to celebrate my 100th.  It was, not so simply, a divine time.

In March, we purchased a big old house far from the familiar in our state's North Country.  We trucked all we owned and trekked 150 miles to the town of Berlin, to Xanadu.  Following a week-long writing retreat to a venue on the other side of Mount Washington the previous October, I found this house on a real estate website and was smitten with what I saw.  When the price of the house dropped by $10,000.00 overnight, I made contact with the realtor.  We then drove north on a bright Tuesday and were greeted by a flock of wild turkeys, who came gobbling down from the hill in the backyard and were happy to share in the lunch I'd packed for the journey. Since our arrival, we've painted, renovated, and made the house a bright and cozy home where happiness and creativity have prospered. 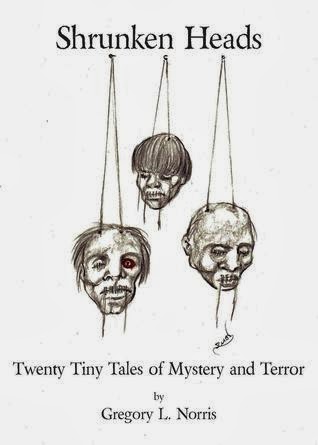 From the moment we landed, I was inspired by the mountain views beyond every window and the bright nature of the house, and put pen to page.  While renovations to my new Writing Room commenced, I took to writing at our kitchen table, where I collected together twenty flash fiction stories under the working title Shrunken Heads: Twenty Tiny Tales of Mystery and Terror.  The finished book was submitted to Angela Craig, my wonderful editor on various past releases from Elektrik Milk Bath Press, accepted, and published in September. Smaller in size physically than the norm, the book is a charming showcase of my work that any writer would be proud to have graced by their byline.

Numerous of my stories, short and long, were also accepted for publication, in a variety of venues and countries -- a dozen to my publisher in Germany, at least as many to the fine folks at Cleis Press, and many to anthologies like the wonderful Cellar Door, D.O.A. II, Enter At Your Own Risk: Dark Muses (featuring reprints of classic tales by Polidori, Lovecraft, Poe, and Washington Irving!), the brilliant Ghosts in Gaslight, Monsters in Steam, and the gory and unapologetic Splatter Lands by Grey Matter Press (who then published my story "Third Offense" in their follow up release, Ominous Realities). 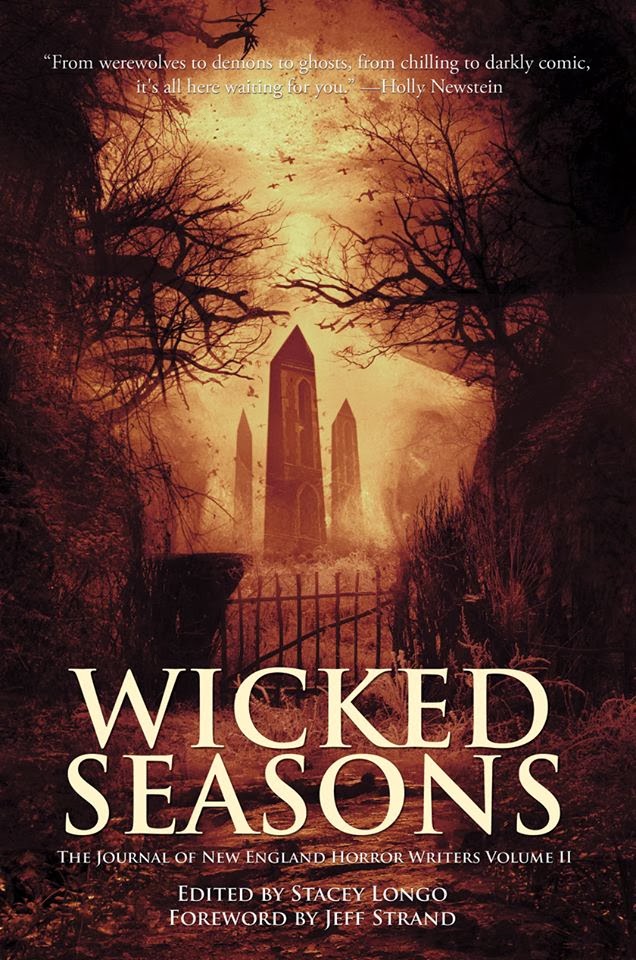 In the early summer, I learned that my short story "Bleedthrough" was one of fourteen accepted for the next publication release by the New England Horror Writers, Wicked Seasons.  The story, about evil bleeding through the wall and infecting a young woman's life from the apartment next door, was praised by editor Stacey Longo for its originality and its polish -- apparently, I made her job easy in this one instance.  At the annual conference Anthocon, it was a treat to be handed a copy of the anthology, which contains some impressive names in publishing!  Also at the same yearly event, Canopic Jars: Tales of Mummies and Mummification was launched.  I was asked to edit this anthology by friends who opened a press in 2013 and to select the stories that fill its meaty near-400 pages.  I have always loved this particular trope and was thrilled to dust it off for a fresh new take.  The collection contains my tale "Mummy Chips" about a socialite serving her guests a unique menu, and has garnered more than a few shout-outs as being among the best in the book's many positive reviews.  And at the tail end of 2013, my story "The Moths" was published in the highly anticipated latest volume in the New Hampshire Pulp Fiction series, Live Free or Sci Fi. My combat story of desperate humans seeking to intercept an alien armada using a fleet of heavy cruisers thought long mothballed -- led by the flagship New Hampshire -- concludes the anthology; Pulp Fiction and New Hampshire Magazine Editor Rick Broussard felt mine was, 'the perfect ending' to science fiction stories centered around the Granite State.

My career garnered serious attention in the media, first in a newspaper write-up that quickly led to an appearance on New Hampshire Chronicle, a long-running magazine show that reaches millions of viewers in my home state and past the borders of our closest neighbors.  On perhaps the muggiest and hottest day of the summer, famed host Sean Mcdonald ventured north with his cameraman Chris to tape a segment about me and my writing here at Xanadu -- what fun!  I was also interviewed numerous times for other newspaper articles, was a guest on the radio show Granite State of Mind three times, and was asked to appear in a literary art show at the best of our local eateries, Tea Birds Cafe & Restaurant.  Add to this the creation of a new and exciting writers' group in our adopted home town, and it was beyond the cost of that glaring new scar on the top of my head.

Besides, I've come to look at that reminder of the lows of 2013 as an exit point for the many ideas inside my imagination that couldn't be contained or wait to burst forth into the world.  In fact, I'm writing the first of them now, in early 2014.
Posted by Gregory L. Norris at 9:57 AM No comments: