FORCE FIVE: A Return to Boyhood -- Complete with Giant Robots! 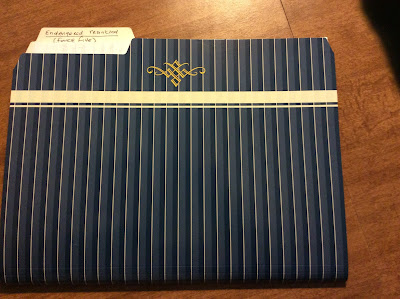 On a Monday afternoon in the autumn of 1980, my best friend Tina and I were huddled in front of her living room TV set, watching the 3:00 showing of our beloved anime series, Star Blazers. Tina and I had bonded not only over a love of that exceptional show (starring my dear friend, THE Amy Howard Wilson), but also our shared revelations that we were both writers. Tina wrote poetry, and remains one of my two favorite poets of all time, sharing top billing with Edgar Allen Poe. While supposed to be doing homework, we wrote and watched Star Blazers after school. At 3:30, a second episode was scheduled to follow. But, to our shock, a different show had usurped its spot. What we saw unfold was the first episode of something called Danguard Ace, the opening salvo of a series referred to as Force Five. Force Five brought together five separate Japanese animated adventures, most involving giant robots -- a different adventure each weekday. Mondays featured the aforementioned Danguard Ace, Tuesdays was Starvengers, Thursday was Grandizer, Friday the magnificent Gaiking. On Wednesdays, the focus shifted from giant robots to The Spaceketeers, about three cyborg warriors defending a princess on her quest to save the galaxy from a mysterious and deadly force.

Our initial reaction to Force Five was one of resentment -- as much as I'd always loved giant robots, the show cost us that second half-hour of Star Blazers. It also seemed somewhat lowbrow, even to my fifteen-year-old mentality, with robot pilots shouting out whatever action they were about to initiate -- "Dizer kick!" for instance, whenever Grandizer's Orion Quest planned to, you guessed it, kick at one of Vega the Strong's Saucer Animal enemy super robots. But as the weeks transitioned from autumn to winter, we got hooked. In April, I wrote a Gaiking fan fiction. Soon after, following a terrifying dream, I penned another. In October of 1981, I wrote "Promete Achieved", a Danguard Ace tale about the Danguard team long-last making its objective: reaching the Planet Promete, a satisfying conclusion denied us by the TV show. Over the course of my lifetime, I would pen six Force Five fan fics in all -- three Gaiking, two Danguard Ace, and one Starvengers. In the summer of 1982, at the age of seventeen, while bored and sweltering in the merciless heat, I moseyed into the garage and dreamed up a massive Force Five storyline that would unite all five universes. Its note card went into my catalog of unwritten ideas under the title "Endangered Mankind", and there it remained until May 9th of 2016. 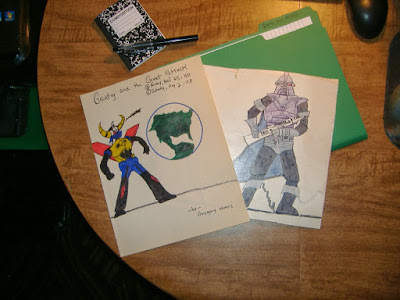 Armed with a fresh pad of lined paper, a fountain pen with a full cartridge of ink, and a massive binder from the late 1990s, when I printed up all the technical specs and character write-ups on the show from a fan site no longer in existence, I started with Chapter One: "Monday" -- in which the Danguard Ace team faces their enemy, the malevolent Krell Corps, who are determined to reach Promete first. Then, I transitioned to Chapter Two: "Tuesday", giving the Starvengers their due against sworn enemies, the Pandemonium Empire. At the conclusion of both chapters, the super robots have mysteriously vanished, along with an equal number of their robotic foes. "Wednesday" shifted focus to the universe of Princess Aurora and her Spaceketeers, who have been dispatched to locate and stop emanations from the mysterious Dekos System that are causing mutations to animal and vegetable lifeforms. As they near, the energy waves prove too strong even for Aurora's cyborg defenders, hence the need to bring in allies able to survive Dekos. The four giant robots, each endowed with a temporary intelligence made possible by interactions with their human pilots, champion the cause, taking the fight to Dekos, where the sinister mastermind behind the mutations has been collecting a giant robot army of his own.


There was something supremely satisfying about returning to that wacky universe -- a story from so long ago, long last given its time to be written. But it was also beyond fun. I found myself eager to return to that world to play, and remembered as the heroes approached Dekos and the dark forces waiting for them there why I'd fallen so in love with the franchise back in the day. For the very first time, I wrote about Grandizer and The Spaceketeers -- the latter my least favorite of the five, though in this tale Aurora and company became the central crux behind the other four's mission. Writing "Endangered Mankind" in the background while working to other deadlines for paying and professional markets was a return to my youth. The story swelled to something epic, as I'd always known it would, even back in my seventeenth summer. By early July and the start of summer NaNoWriMo, I saw its long-dreamed conclusion, finally within sight as the robots stopped the broadcast of the mutation energy and returned from Dekos victorious.

On the first Sunday NaNo write-in, when members of our writers' group gathered in our living room to work on their July projects, I began the final chapter: "Saturday", which seemed an appropriate sendoff, and a fitting nod to all those Friday Gaiking cliffhangers from the day. I completed "Endangered Mankind" in a blur as my pen raced toward the ending, and fresh sheets flew off the notepad. Ninety-two pages long, my return to the Force Five universe for one final adventure was like a trip through time to the best days of my boyhood, and a great deal of fun to experience as I write on through my fifty-first year!
Posted by Gregory L. Norris at 8:45 AM