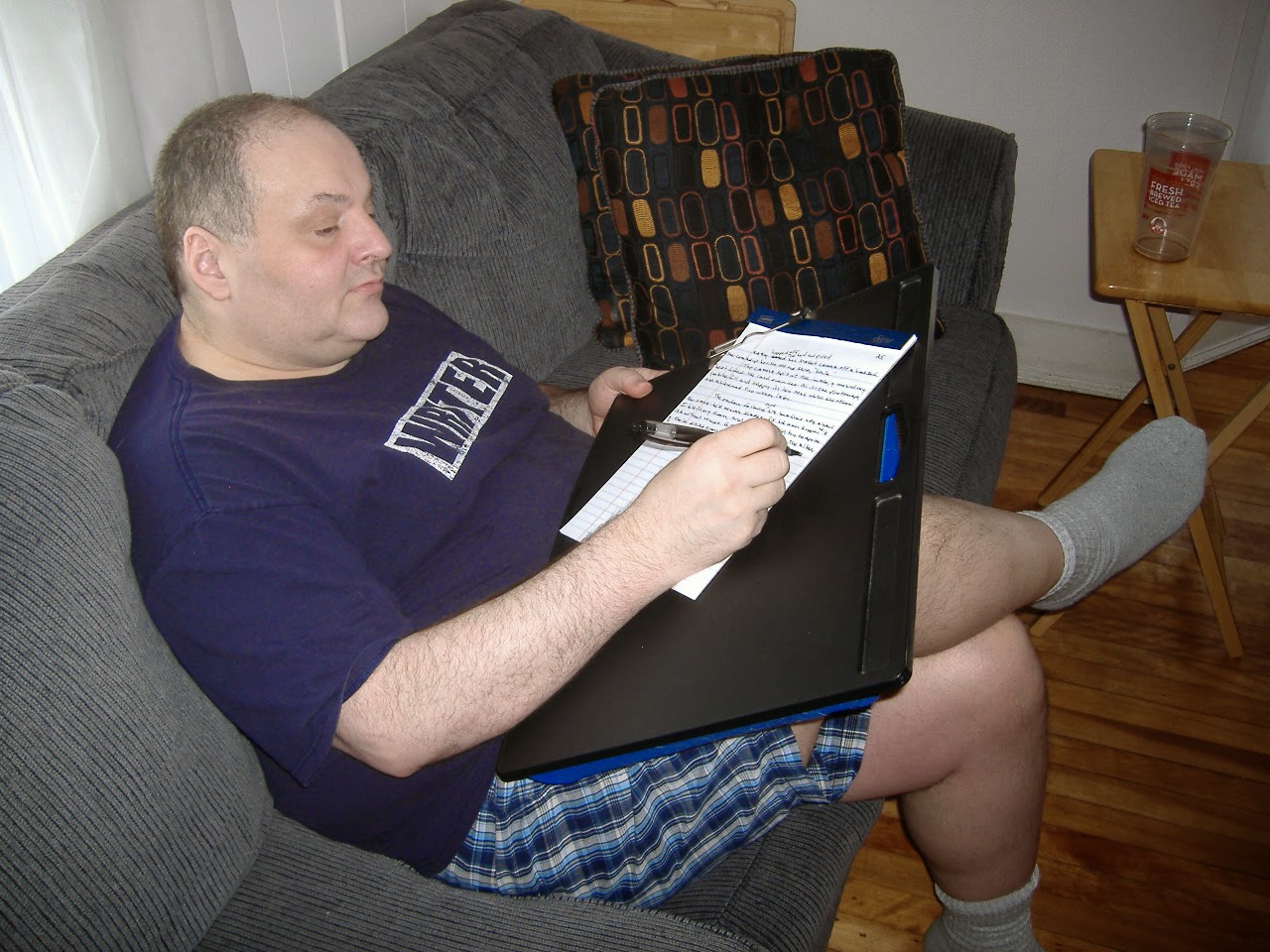 I've been writing full-time since 1996. Throughout, I've done long stints as feature writer and columnist (fifteen years writing sports/adventure and celebrity articles for the late, great Heartland USA Magazine, among others), notched TV writing gigs, and I've sold novels, short story collections, novellas, and a plethora of short stories, both here and abroad.  After waking up each morning, I quickly mosey to the coffee pot, then vanish into my Writing Room, where I court the Muse.  I live a literary lifestyle that isn't second nature so much as first. Involuntary, like breathing.  I'm prolific. But while deep in a couple of projects that include a new contracted feature film screenplay and a collection of novellas all centered around robots, I started feeling the fatigue that sometimes dogs me. I needed to catch my breath.

So I woke on a humid June Monday and decided that instead of 'working', I needed to play a little. The previous Sunday, I'd read an enjoyable article on Free Writing, the act of putting pen to page or fingers to keyboard and giving yourself permission to just compose, knowing the results are usually fairly bad and unusable.  The goal is to write without worrying about grammar or making corrections, to get out all the sludge that's in the writer's head so he can move on to the work that matters.  It's a time-honored tradition lauded by such notables as Natalie Goldberg and, after a fashion, Julia Cameron, who extols the writing of 'morning pages'.  The article I'd read suggested a few different approaches to Free Writing, like making word lists and jotting down disparate story prompts, and creating a story from the puzzle pieces. 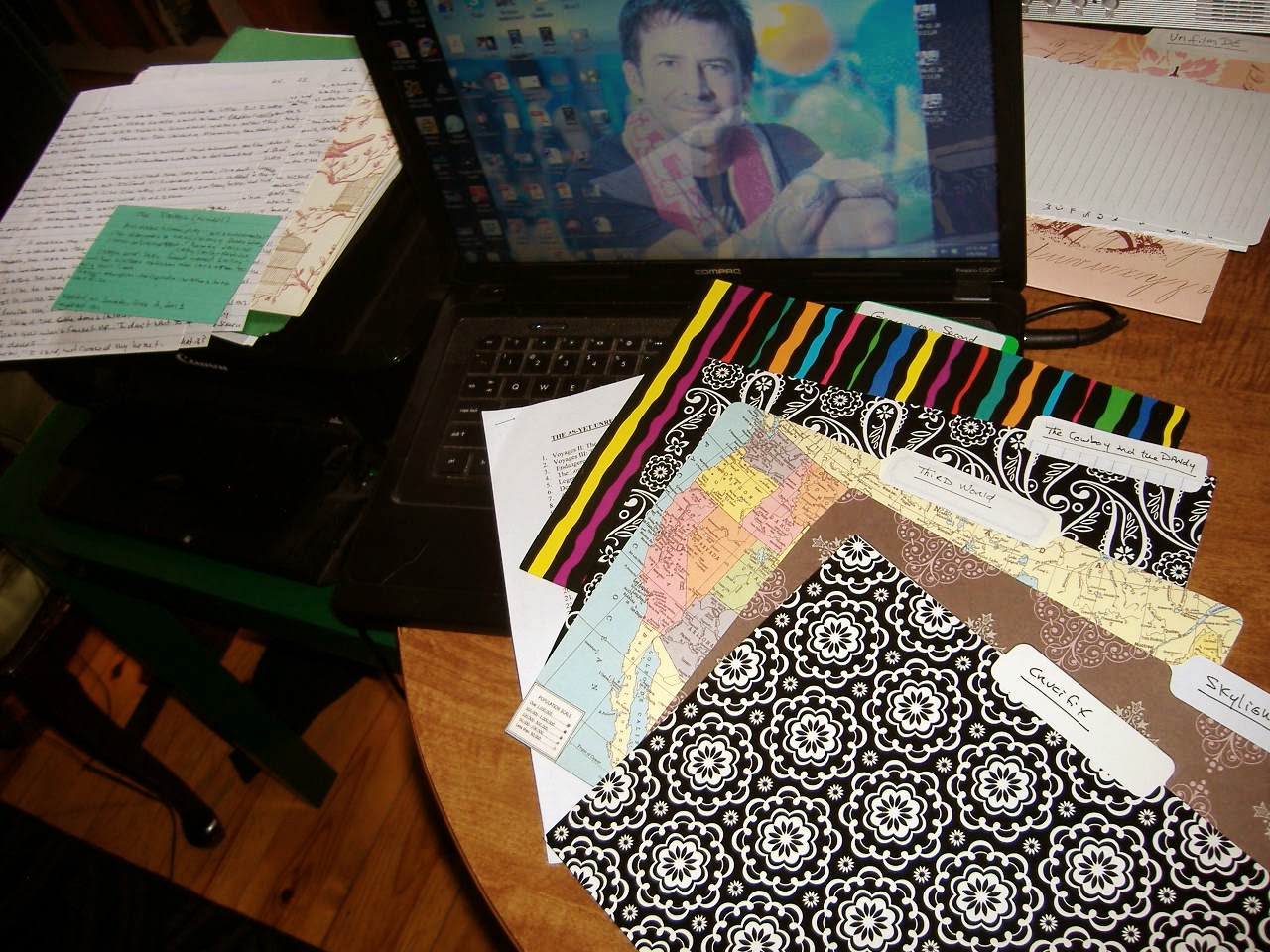 What I decided to do instead was point my finger at my list of as-yet-unwritten story ideas -- which a few new concepts had been added to, not really fully-formed ideas, not yet -- and dive in, no pressure, no expectations. Within the first two hours, I'd written an entire draft for "Crucifix", based upon one of those concepts without an actual story that had dogged me for months.  After a short break and a walk around our yard, I again put pen to blank page and wrote, in one sitting, "Skylight", another of those concepts, based upon the big skylights in the elegant conference room where my Tuesday Night Writers' group meets.  From the first gathering, I'd wanted to pen a story about the skylight directly over where I sit, and I knew I wanted it to end with the main character gazing up, aware something up there was staring down.  The next day, a Tuesday, I started work on a third quietly creepy concept, and soon had nearly 3,000 words of "Vera's New Teeth".  On Wednesday, the first draft was done.  After that, my science fiction parable "Third World" followed.  A Western, "The Cowboy and the Dandy", was completed by Sunday.  Over the course of six days in June, I penned five short stories, totaling some 11,000 words.  One of the stories has already sold. The others were read aloud to group in their raw drafts, and garnered plenty of positive feedback and love.  They'll all eventually make their way onto the computer for submission as markets appear and time permits. I'm beyond pleased with the results.

So don't be afraid to give Free Writing a try.  Above all else, my week of Free Writing was fun -- a reminder that sometimes writers need to clock out from a set schedule and just play.
Posted by Gregory L. Norris at 11:33 AM