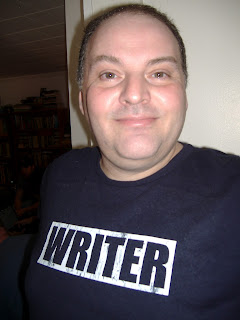 On June 24, thirteen writers flocked to our sweet little home for our first writer's shebang since Christmas. All-day writer's group parties with tons of food, a themed reading, and lots of discussion on the writing life are a long-running tradition in these parts.  A number of factors contributed to the lapse between events -- I had traveled, taken a few months off to be a bit of a hermit and to write numerous drafts to conclusion, my inventory depleted following the creation of Muse.  But I won't deny that I was in a bit of a funk for several months as a result of numerous factors.  The malaise began with the cancellation of the two soap operas I've followed for most of my life, which probably sounds silly but started the dark cloud's advance in my direction.  A restructuring of my social life regarding the people with whom I share my limited time away from home, both imposed and also voluntary, followed.  An arduous trip to New York City.  A conference out west that I probably should not have attended. Nothing earth-shattering, but when all was told, the reasons added up, and the social zealot that I normally am wasn't much in the mood for a party.  While continuing to write at my usual frenetic pace, specifically on a deadline for a new novel, I reluctantly joined two very dear friends for a Monday 'muse-date' of writing, reading, and eating and, during the noshing portion, they pulled the scales off my eyes.  There was no denying it.  For the first time in a very long time, I had the rare mean blues.

I don't get gloomy.  In fact, I wake up chirpy every morning with a song in my thoughts and inspiration guiding my steps -- I'm the least moody Taurus, I'm told (I do make up for it with bullheadedness, however).  I'm a writer who loves to write, and every day is truly an adventure.  As soon as my two wonderful friends, The Sisters Dent, helped me to realize what was really at work, the dark cloud evaporated fully.  I left the nest socially for the first time in nearly two months, and one of the first orders upon my return to normal life was to organize a get-together, complete with the usual elements: food, lots of stories and excerpts on a central theme, and other writers whose company I adore. 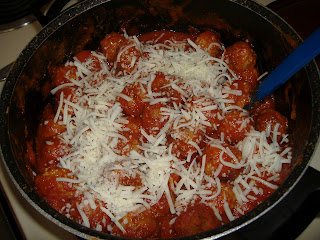 The food: among the day's buffet were baby meatballs slathered in fresh mozzarella cheese; jumbo shrimp and cocktail sauce; salad; a homemade punch served in my big drinks dispenser made from cherry juice, raspberry-lime seltzer, sliced lemons, and a ton of ice; an incredible chicken and prosciutto dish brought by Phillip Perron, who runs the Dark Discussions podcast (check it out if you aren't yet familiar -- Phillip does a fantastic job with interviews and news updates!); a luscious pasta and anchovies dish (also brought by Phillip); a variety of baby cupcakes, chips and crackers, soda, a brownie cake, and John Mack's famous 'Mush' -- a mac & cheese and broccoli crockpot dish that is both comforting and wicked.  In good form, we chowed and sipped for the first part of that sunny June day.


The theme: I asked our group's founder and fearless leader, James Keough, to come up with the topic to which we'd write our offerings for the reading portion of the afternoon, and boy did he deliver!  James's "The Perfect Murder?" (emphasis on the question mark, flash fiction under a thousand words) really challenged us and, as was mentioned following the conclusion of the reading, people brought their A Game.  We went around the room and shared our stories.  Initially, I had nothing when the theme was announced.  Then I had two stories, one of which woke me from a sound sleep, demanding I jot down the idea for fear of losing it in the night (I didn't, and wound up writing most of the story's first draft before returning to bed).  How my fellow scribes interpreted the challenge was nothing short of brilliant -- and completely inspiring.


Six hours after it began, the soiree wrapped, with my colleagues departing and me filled with a kind of energy and happiness I hadn't known for far too many months.  Being around writers I respect and enjoy was and is a gift -- one I intend to give to myself with greater frequency throughout the rest of 2012.  I can't wait for the next party!
Posted by Gregory L. Norris at 3:15 PM